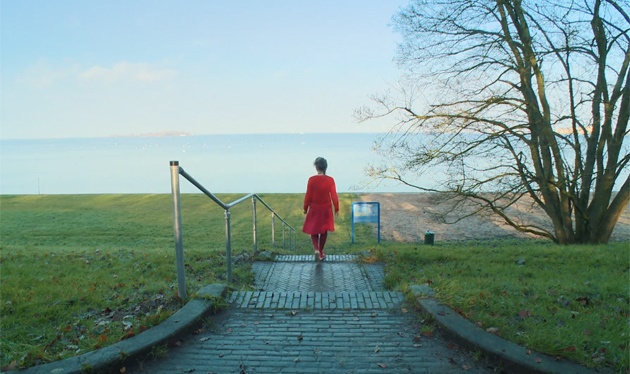 More and more research shows that healthcare for women will have to be approached differently in the future. Most drugs are tested on young white men, as they form a stable research group. Hormone fluctuations in women make research results more unreliable. In addition, there is a risk of damage to the unborn child, which is not what the pharmacist is looking for. With retroactive effect, it appears that the dose of prescribed medication could sometimes have been halved, as the side effects exceed the effectiveness.

Until now, it was assumed that a heart attack was primarily a man’s affair, however,  57 women die every day from heart failure, which is 5 more than men. Women appear to have completely different symptoms. By taking the complaints of the woman rather seriously and interpreting them differently, the death rate can be reduced. I became an expert by experience three years ago. On three different occasions, specialists have sent me back home, calling my complaints psychosomatic, while at the time my coronary arteries were dangerously clogged. I have incorporated the consequences of late intervention in my novel Hartschade (Heart damage), in which I used articles and books recommended to me by cardiologists Angela Maas and Janneke Wittekoek.
With the knowledge of today, I wonder: should I have been more persistent to get the right diagnosis? For me, thanks to the placement of three stents, it ended quite well. But in many cases, it still goes wrong. That is why, in addition to the observation I made in my book, I feel it is my calling to also document misunderstandings between doctors and their patients. And to anatomically show the physical differences between men and women, so that better diagnoses can be made in the future. Wrong diagnoses are of course not only a women’s problem. Nevertheless, I want to focus on women, but men will undoubtedly also recognize the problem.

Cardiology is a men’s stronghold. From 1990 onwards it has been known in America that biological differences exist in the male and female body that require a different approach to diagnosis and therapy. Dr. Harriette Verwey (see photo above) was the first cardiologist in the Netherlands to discuss the biological differences of the female heart. Professor Angela Maas, the first professor of cardiology for women at the Radboud UMC, founded the Heart for Women Foundation a few years ago. This foundation currently supports research into the side effects of chemo in patients with heart cancer. As an ambassador for this foundation, I visited a charity gala where money for this research was raised in collaboration with Kitty Trepels van Mill, who had become a heart patient due to numerous chemotherapy treatments.

We follow Kitty around with the camera. She is working at the HAN University of Applied Sciences of Arnhem and Nijmegen as a theatre history and communication lecturer. When in 2008 her younger sister was struck by breast cancer, Kitty was 45, she asked her doctor for a mammography. Her request was ignored three times. Two years later, it turned out that Kitty had advanced breast cancer. In 2016, the cancer had spread to the liver, bones and brain. A direct consequence of the wrong decision of her former doctor in 2008. That means that she is now terminally ill. Due to the side effects of chemotherapy, she has also become a heart patient.
These two points, the refusal of a thorough check-up and the serious side effects of the medication, encouraged me to make the film. Kitty does not want to see herself as a patient and is now working, despite her unstable condition, on her third theatre program about communication between patients and their doctors.
Her second solo program is called ‘Ik heb nog iets op mijn lever’ (I would like to de-liver my final message). This program told the story of what happens when a doctor does not take a young female patient with a heavily loaded oncological family history seriously. In the solo, Kitty shows how the Radboud specialists restored confidence through customized communication. During the preparations for her third solo performance, interrupted by her 98th treatment in the hospital across the street, Kitty explains how she deals with the situation. Making theatre keeps her going. Art and creativity provide her with strength. Despite 2 brain metastases, she memorized the self-written text of an hour and a half.

The medical specialists who have cooperated in this documentary provide explanations from various angles. I ask the now-retired cardiologist Harriette Verwey why it took so long before the existing insights became available in practice. She argues for better preventive testing by having a general check for the heart take place simultaneously in the national breast cancer screening program. She calls it: One Stop Shop.

Professor Angela Maas, Radboud UMC, exposes the differences in approach to patients between the cardiology and oncology departments. Together with four SCAD patients – young women who have had a rupture in the coronary artery and therefore had a heart attack – for whom urgent research is needed, Angela answers their questions and tells the women what impact the event has had on their lives.

Conversation with the SCAD group
SCAD stands for: Spontaneous Coronary Artery Dissection. A certain type of heart attack that mainly occurs in young women, about which little is known and for which Professor Angela Maas is performing research. I got to know these women through a fundraising campaign for this research. One woman had set up a (private) Facebook page because SCAD was so unknown, now the page has grown to 250 Facebook friends, 5 of whom are men. Becoming a member is possible on request via the Facebook page of SCAD Netherlands Janet, Judith, Cindy and Karin only knew each other via Facebook. Now they have met for the first time in real life. It was a beautiful, moving and meaningful meeting.

Cardiologist Janneke Wittekoek emphasizes prevention and lifestyle. We can see her during the preparations for her theatre lecture in the Delamar theatre. On September 29, red-dress day, 500 women paid attention to her theatre lecture.

Dr. Yolande Appelman, an interventional cardiologist at the VUMC, investigates the differences in symptoms in men and women with a heart attack and the effectiveness of the medication. She takes us to the catheterization room.

Professor Jan Piek, an interventional cardiologist at the Amsterdam UMC, explains the damage to my vessels through my heart films.

Professor D.J. van Schaardenburg works as a rheumatologist at the Amsterdam UMC and Reade. He is willing to comment on why he missed the connection between my symptoms and heart problems. He has emphasized that if you are teaching medical students, you must be willing to admit your mistakes and consider them as teaching material.

Professor Carla van Herpen, rare cancer oncologist at the Radboud UMC, sits at Kitty’s bed and talks to her about the prognosis and the basis of trust to continue despite 96 chemotherapy sessions.

Professor Lex Peters, an emeritus gynaecologist, emphasizes the bond of trust between doctor and patient.

Dr. Roos de Jonge, UMC Utrecht, teaches students and doctors how to deal with patients and their families in case of questions and dilemmas in the terminal stage.

Jannet Vaessen, director of Women Inc. advocates and highlights the need for more research into gender differences in health care.

During a meeting in the House of Representatives, politician Lilianne Ploumen prepares a care plan that she wants to submit to improve health care for women. In the documentary I will try to find answers to the questions: Why did it take so long before knowledge about anatomical differences between men and women became public? Why do patients often respond poorly to standard medication after a heart attack? And why are protocols in the way of communication between doctor and patient?

For Kitty, it was the doctor who failed to respond properly to his patient’s concerns, for me it was the specialist who missed the diagnosis. While Kitty and I had never met before, it now feels as if we had known each other for a lifetime. Kitty’s story is my story. It is our story. It is everyone’s story.

De documentary is shown in film theatres all over The Netherlands. Bekijk de speellijst